While reviewing some of the photographs that I have made at night these past years in graveyards throughout South Dakota, I have been inspired to visually experiment and play with some visual narratives spun from the echoes and memories that, I feel, still haunt these subconscious environments near the gateway to the West.
Like the Spoon River Anthology of Edgar Lee Masters, I also felt the presence of storytellers, desperados, and singing cowboys strumming through the ballads of the night, and the unsettled memories that still haunt these graveyards of the South Dakota hills and prairies.
In working into these photographs, they became somewhat of a stage set, where visual fictions mysteriously would rise from the dark shadows and come to life. Often it would seem that the graves were dreaming of a previous life, or maybe a sudden, hot-blooded death.
These cliché verre photo prints are made by printing the graveyard environments onto litho film, and then drawing, carving, sanding, etching, and rubbing the figures, characters, and symbols of suggested scenarios into these emulsions. I then contact printed these large positives onto other sheets of litho film, and manipulated the resulting negatives. I then printed the negatives onto 20”x 24” black and white photographic paper. These cliché verre prints are a selection from the larger series of one hundred, funded in part with a University of South Dakota Research Enhancement Grant in the Summer of 2003. 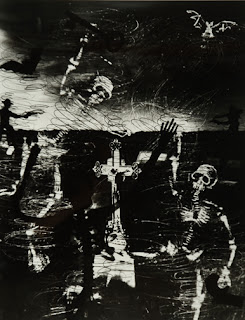 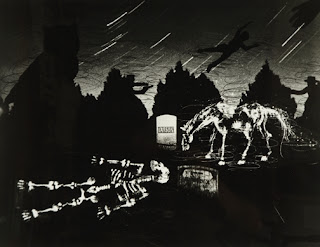 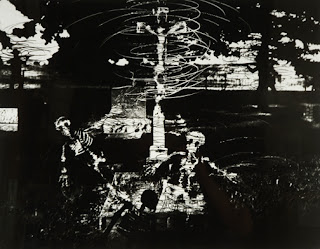 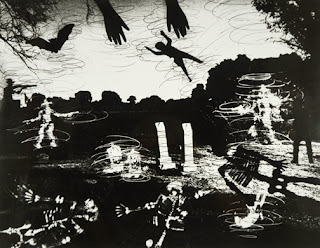 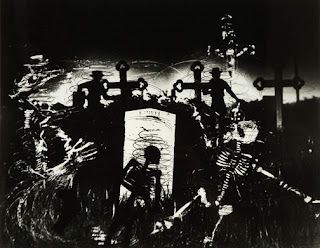 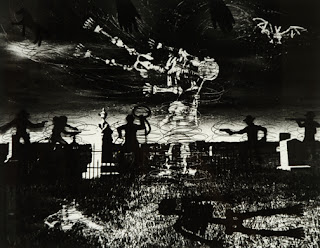 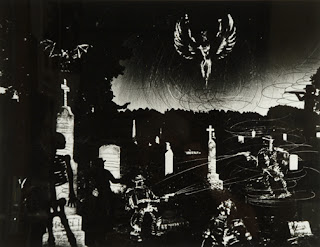 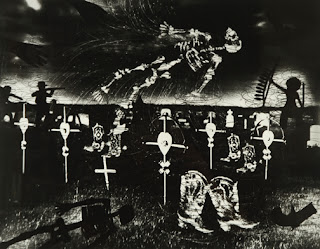 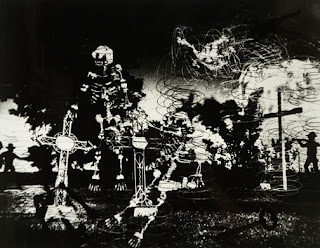 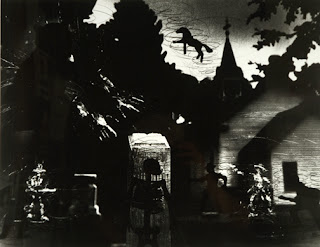 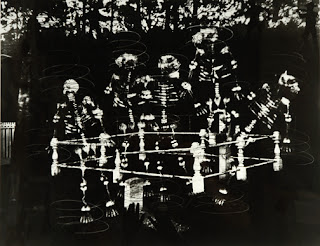 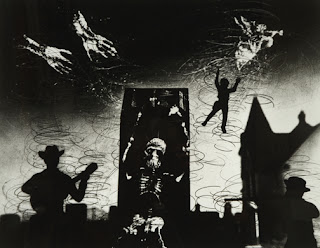 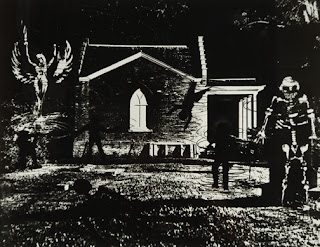 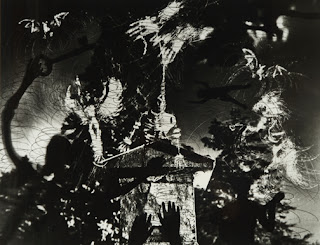 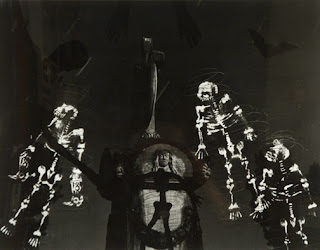 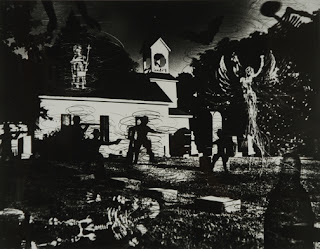 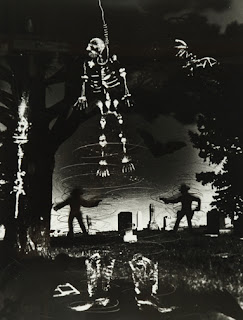 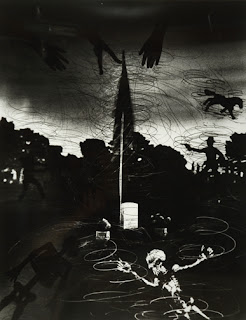 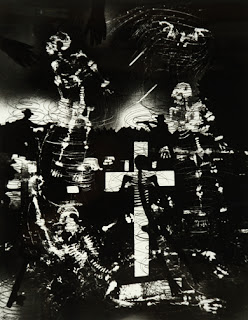 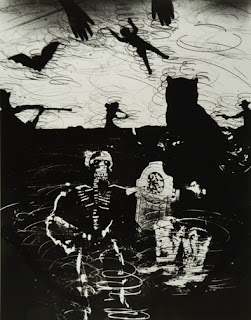 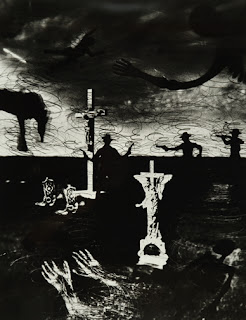 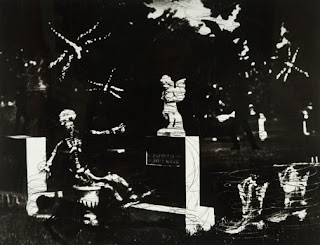